I began working in the mental health field in the early ’80s. I worked in day treatment programs for children, did crisis work for the local county mental health center in The Dalles, OR, and taught some community courses in psychology. In 1988 I returned to school to earn my doctorate in clinical psychology.

In 1994 I opened up a part-time private practice in Hood River, which I closed in 1997 upon employment with the Hood River Hospital. From March 1997 through September of 2006 I worked for the Hood River Hospital outpatient behavioral health department, Providence Gorge Counseling and Treatment Services. My duties included psychotherapy, psychological testing, supervision, consultation, and administrative work. For seven-and-a-half-years I was the assistant director prior to accepting the role as the clinical director for my last two years with the hospital.

In October of 2006, I moved back into full-time private practice, and I have remained on the medical staff with Providence Hood River Memorial Hospital.

Though I specialize in working with children, I see many adults. Issues of depression, anxiety, trauma, behavioral problems, and ADHD are currently the most prevalent in my practice. I also have experience working with chronic pain management and substance abuse.

If you have any questions regarding my background or qualifications, please feel free to ask. 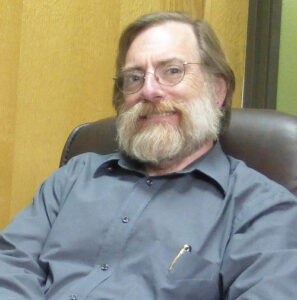 Welcome to my practice. I am a licensed psychologist who works as an independent practitioner. This means I have a private practice, and even if I share office space with another practitioner, my practice is separate.
Skip to content